Until the Corps of Discovery reached the vicinity of present-day Kansas (the mouth of the Kansas River) in late June, they had not entered true wilderness and had made only one zoological discovery of interest—their capture on May 31, 1804, of several specimens of the eastern woodrat (Neotoma floridana) in the woods near the mouth of the Osage River, in Osage and Calloway Counties. It was almost another month before they had pushed upstream far enough to reach the Kansas River, near which they saw Carolina parakeets and encountered two villages of Kansa natives.

They reached the present border of Nebraska on July 11, camping near the mouth of the Big Nemaha River on the Nebraska side and the Tarkio River on the Missouri side. By then they were traveling along the so-named bald-pated hills. These tall, loess-formed hills of western Iowa were covered at their lower levels by hardwood forests, but often were capped with native prairie. On July 12, a short distance upstream from the mouth of the Big Nemaha River, they observed some low "artificial" mounds representing the sites of old Native American burial grounds. On the morning of July 30 the group arrived at a high bluff on the Nebraska side that is now part of Fort Calhoun. There they camped for four days and held a council with the assembled chiefs of the Otoe-Missouria tribe. This council was the first held between the natives of the central Missouri Valley and the U.S. government, and the bluff was thus named Council Bluff. It later became the site of Camp Missouri, the first military post in Nebraska, subsequently renamed Fort Calhoun.

On August 13 the group passed Omaha Creek and camped at an old Omaha village that night. On August 16 they seined more than 1,000 fish of at least ten species at this "fishing camp," none of which Elliott Coues could identify with certainty on the basis of the names that the men used. Fish caught in the Nebraska-Iowa region and farther up the Missouri River did include some remarkably large catfish (see the Montana chapter in this book). They remained in the Omaha vicinity until August 19, and then began north again. On August 20, 1804, Sergeant Floyd died of a probable burst appendix and was buried on a high bluff just south of present-day Sioux City, Iowa. The next day the group passed the mouth of the Big Sioux River, camping in what is now Dakota County, Nebraska, with the South Dakota boundary on the opposite shore. The following day (August 22) they passed Ionia Creek and camped in what is now Union County, South Dakota. By September 7 they had passed out of what is now the shoreline of Boyd County, Nebraska, and were then entirely within the present boundaries of South Dakota. 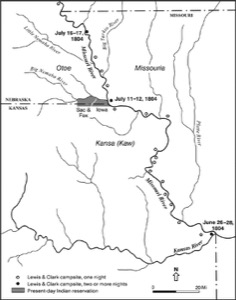 Map 1. Route of Lewis and Clark in Kansas and Missouri

River Distance: Mouth of Kansas River to northernmost Nebraska-South Dakota boundary, estimated by Lewis and Clark as 691 river miles. Because of recent channelization and other river changes, the current distance is now substantially less.

Map of route of Lewis and Clark in Kansas and Missouri 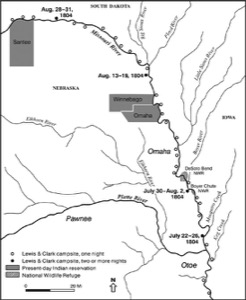 Map 2. Route of Lewis and Clark in Nebraska and Iowa

River Distance: Mouth of Kansas River to northernmost Nebraska-South Dakota boundary, estimated by Lewis and Clark as 691 river miles. Because of recent channelization and other river changes, the current distance is now substantially less.

Map of route of Lewis and Clark in Nebraska and Iowa